Indians and Harleys divided honors at the last day of motorcycle racing at the new Meridian Speedway Thursday.  First one machine and then the other would come in first in the speed tests on the new track.  The races were all close and hotly contested and gave the crowd, which was the smallest of the week, enough thrills to last them until next summer.

John Springs, on his Indian, turned the fastest lap in the time trials.  He made the mile and a half in 1:02.5 or at the race of 87 m.p.h.  Hepburn, on his Harley, was second and Seymour, on and Indian, was third.

Ray Weishaar, well known Wichita racer who rode his first race of the meet, took the ‘Miss and Out’ race.  There were seven entries in this race.  Weishaar out-rode the others and came in ahead of Seymour on the final lap.  Hepburn was third from last out.  Weishaar averaged 83 m.p.h. in winning this race.

Ralph Hepburn, another Wichita boy who won his share of the races here, took first money in the 12-mile open.  Weishaar was second, also on a Harley, and Smith was third.  Hepburn averaged 81 m.p.h. in turning the eight laps of the race.

The 15-mile professional sidecar race was one of the most exciting of the day.  Kunce and Foote, of on Harleys, raced neck and neck, or wheel and wheel as the case really was, down to the finish.  Kunce won by a wheel.  These side car races were not as fast as the two-wheelers but just as thrilling.

The one auto event of the day went to (John A.) Boling in his Richards Special, probably the fastest auto on the track during the meet.

The photograph above was taken during the Kansas Wheat Exposition at Meridian Speedway, Wichita, Kansas in October of 1921.  The dark colored #9 car with dual exhaust pipes at left above is the C. L. Richards special powered by a 300 cubic-inch Hudson “Super-Six” engine and driven by John A. Boling of Tulsa, Oklahoma.  This was the same car that he had driven to an 11th place finish in the 1920 Indianapolis “500”.

The known results of the auto races run at Meridian Speedway on this date: 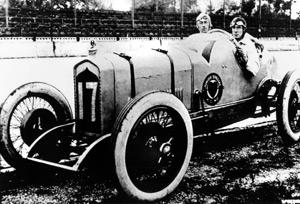 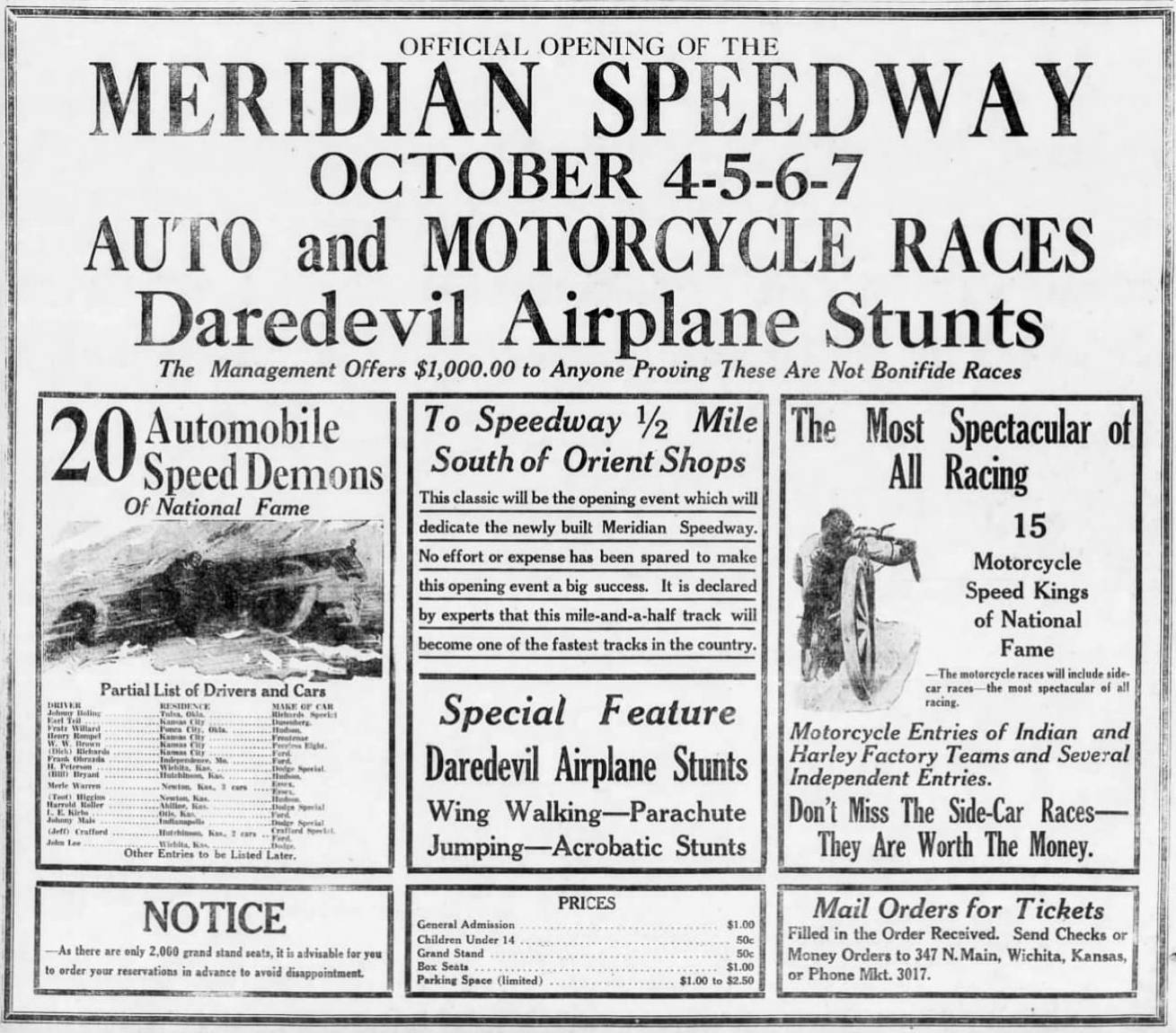