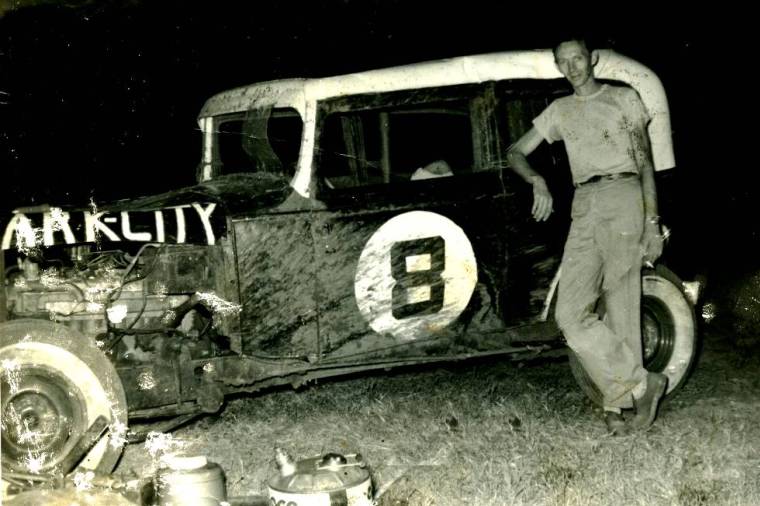 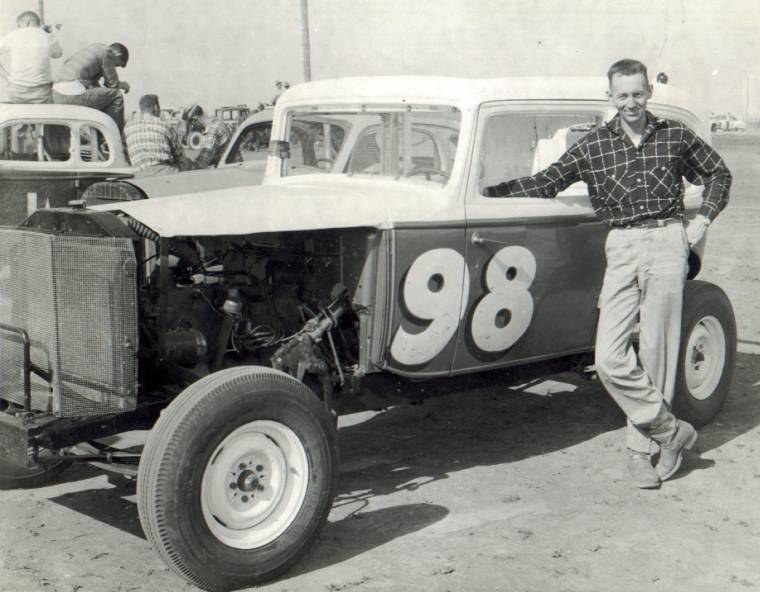 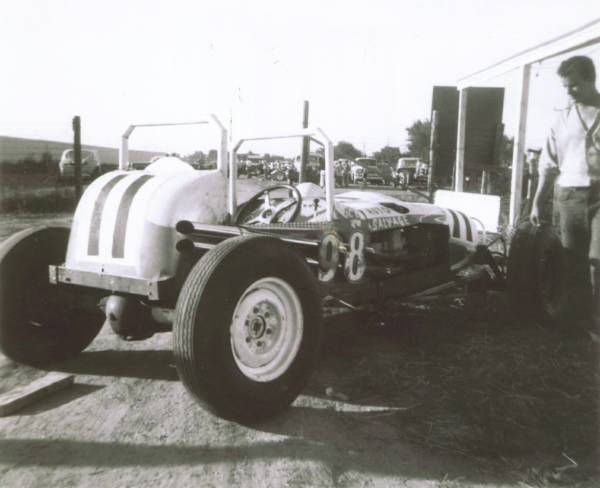 This photo was taken at Jack Merrick’s National Jalopy championship at Hutchinson, Kansas in July of 1960.  This Hudson powered “rail” was owned and driven by Orval Beckel.  The car number was 98 but Merrick renumbered the cars that year by how fast they were in time trials.  Beckel had timed in eleventh quickest so Merrick applied the number eleven on sticky paper – David Ross collection