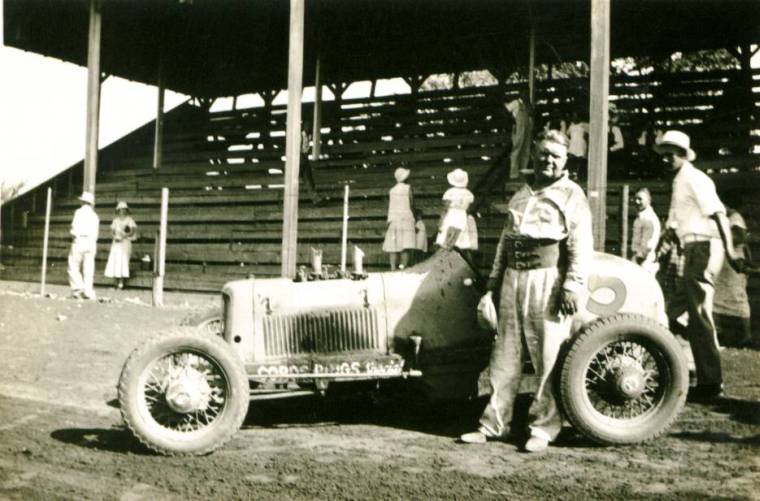 "Cotton" Grable’s nickname was a result of his being so light complected.  He was from Houston, Texas but stayed at Arkansas City, Kansas for a time in the early 1930s and was a regular entry in the big car races run in the area.  Newspaper stories list him as competing at the Arkansas City Speedway, a half-mile racetrack just west of Arkansas City, Kansas in 1929.  His name first appears in newspaper accounts of races at Winfield, Kansas in 1931 and he raced a Chrysler at Winfield as late as 1935.

A fire had just been extinguished in Grable’s car when the photo above was taken at Anthony, Kansas on July 21, 1934 by fellow driver Charles Pauley.  Grable raced this same car at Winfield one week later.

After retiring from driving just prior to World War II, Grable became the flagman at Playland Park Speedway in Houston, Texas and appeared as the pudgy flagman in the 1950 MGM movie To Please A Lady staring Clark Gable and Barbara Stanwyck.  Grable was still flagging at Playland Park Speedway in 1953 when A. J. Foyt began his driving career there.

Grable is buried in Forest Park Cemetery on Lawndale Drive in Houston, Texas. 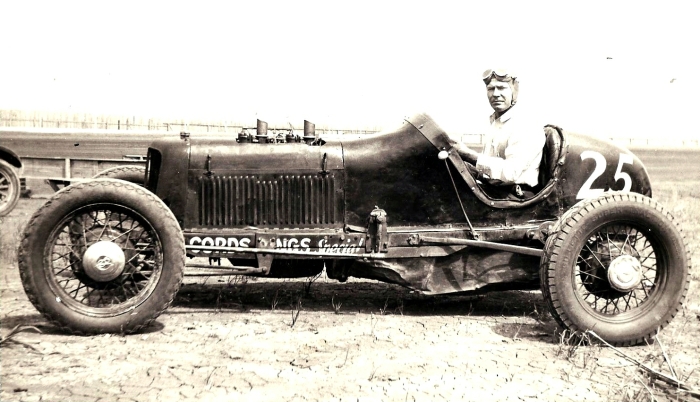 Note that although the paint job is different, the car that Cotton Grable is seated in here is the same car as the one in the photo above – Les Butler collection 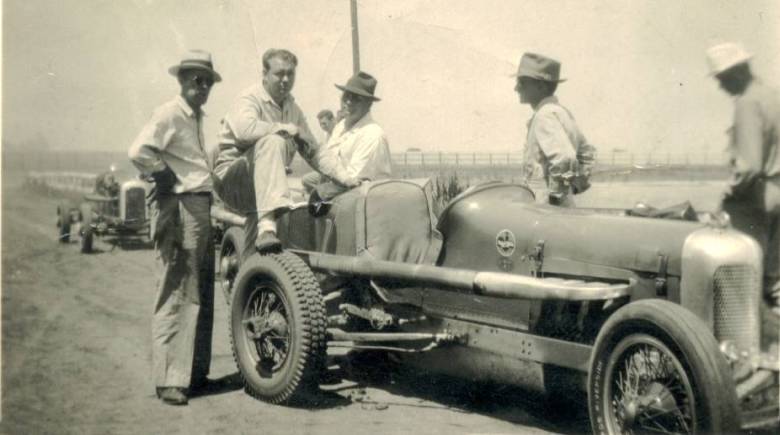 This photo of Cotton Grable’s Chrysler was taken on August 1, 1931 on the front straightaway at Winfield, Kansas.

“My father (drove) sprint cars back in the early to mid thirties all around the Midwest and throughout the southern states.  He was ranked among some of the finest drivers of the era including Gus Schrader, Eddie Rickenbacker, Barney Oldfield, Mauri Rose, and Wilbur Shaw to name a few.  He raced cars for Willie Mahovel and Charlie Hogwood.  He quit racing prior to WWII when he met and married my mother.  He traveled all around the US during the war as a mechanic for the Army.  When the war was over he continued to promote races around the south and flag them as well.  He was in the IMCA and was a member of NASCAR as far back as 1955 up until he passed away in July of 1962.

“I was born in 1955 and can never remember him missing the trips to Indianapolis in May or to Daytona for the speed weeks every year until he passed away.  He received an award in 1962 for his efforts in pioneering auto racing throughout the south.  He was good friends with many drivers in the area most of whom have passed, including A. J. Foyt's father.

“I worked for a while for Charlie Hogwood when I graduated from High School and for a while became very involved with racing myself.”