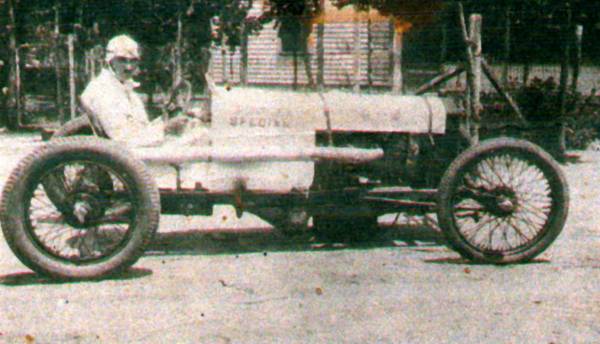 Bill Froetschner of Offerle, Kansas became interested in auto racing after attending the Sweeney Automotive School in Kansas City in the mid-1920s.  He is shown here in a Fronty Ford #C-5 that he built himself.  Bill had ordered Simplex piston rings for the car and, when he offered to call the car the Simplex Special, the company did not charge him for the rings.  This is the car that Bill raced at the Cowley County Fair, Winfield, Kansas on October 7, 1931. 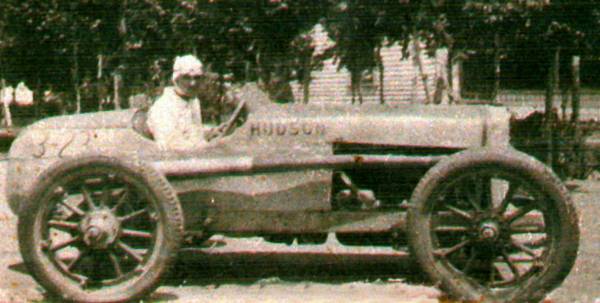 Bill Froetschner is shown here in the #3-23 Hudson that he built and raced on dirt racetracks across southern Kansas in the late 1920s, although he did most of his racing at Dodge City, Kansas. 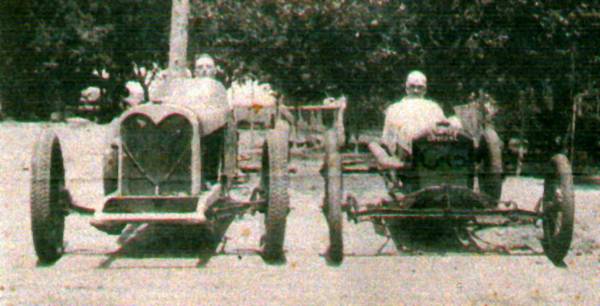 Carl Froetschner is in the Hudson at left while his brother, Bill Froetschner, is in the Simplex Special at right.  Bill once entered both of these cars in a race at Dodge City, Kansas and asked Carl to drive the Hudson should both cars be scheduled to compete in the same race.  The cars wound up being assigned to different races so Bill drove both of them instead.