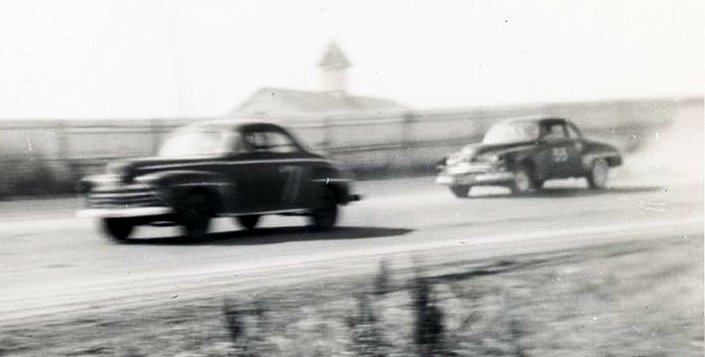 Lindsey made two pit stops due to flat tires.  When a third tire went flat, he did not have another tire to put on so he ran the last five laps on the flat tire.

Dye lost a front wheel in the north turn and “nosed into the dirt.”

Bolton’s car suffered a broken spindle and skidded to a stop on the front straight-away. 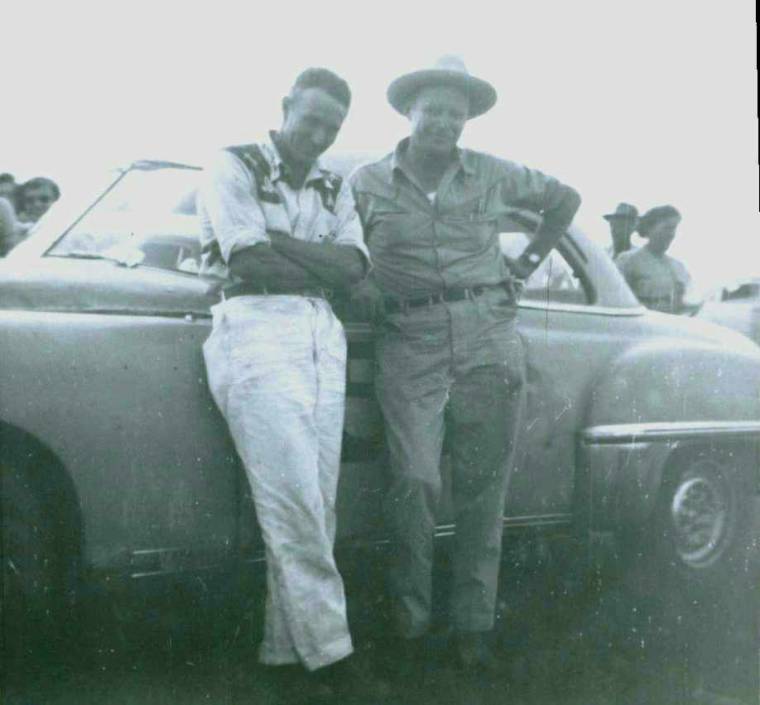 ** The 1949 Ford that Massey drove to victory was an everyday working taxicab owned by the McVay Taxi Cab Company of Hutchinson and the company's telephone number "86" was painted on the side of the cab so that is what served as the car number.