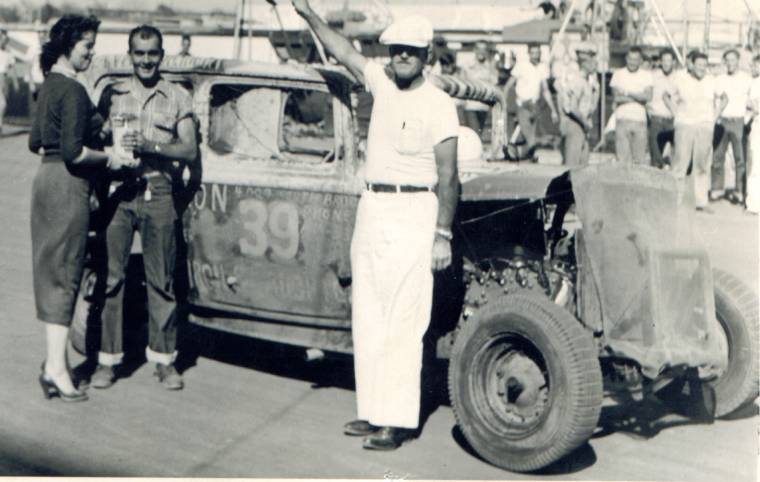 Winner of the Trophy Dash

This photo was taken after the trophy dash on this day.  Left to right: Nancy Lee Hutchinson, John Bush, and Ted Davis.  Click your mouse on the photo above to see another photo of the same car - John Bush collection

94 cars were entered in these races which were marked by a number of spectacular flips, rollovers, and multi-car pile-ups.  Eight drivers were injured (none seriously) with four being treated at the racetrack and four more being transported to the local hospital.  Those injured were:

Towner was driving one of several cars involved in an accident on the third lap of this race.

This photo was taken on this afternoon at Hutchinson.  The #32 car was owned by K. O. Christian and driven by Buddy Quick.  The #97 car was driven by Leon Bowman.

Accident on the third lap of the B feature.  Car #49 was being driven by John Riead of Hutchinson.

* Bill Mears is the father of former Indy drivers Rick and Roger Mears and the grandfather of Nextel Cup driver Casey Mears.