Buchanan, driving a Hudson Hornet #4 sponsored by the Hutchinson Motor Company, took the lead on the first lap and was never headed.

Webster rolled his car in the north turn on the 132nd lap.

Early in the race, Roper, driving a #14 Plymouth coupe owned by Gayford Dye of Hutchinson, sheered off several lug bolts and lost a right side wheel causing him to spin out.  The lug bolts and wheel were replaced but in their haste, only 3 lug nuts were replaced.  On lap 142, the wheel came off again and this time the car flipped end-over-end several times inflicting minor injuries on Roper.

Lies was paid $195 from the purse for his third place finish. 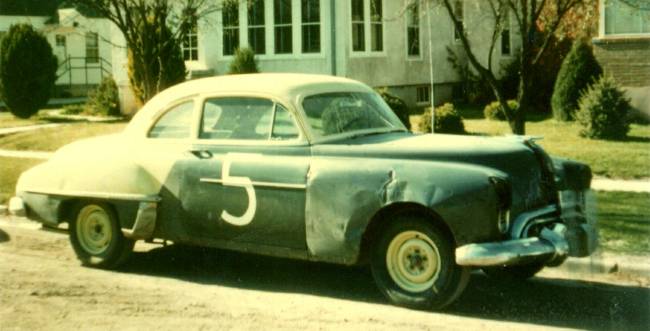 The 1951 Oldsmobile 88 that Dick Jepsen drove to a 5th place finish this day.  Click your mouse on the photo to see a different angle of this same car – Dick Jepsen collection