Beauchamp took over the lead on the 60th lap when Bob Burdick's Ford broke an axle and threw a wheel.  Sonny Morgan's Chevrolet caught fire shortly thereafter causing him to drop out of the race.  Beauchamp was leading Ebert by about 300 yards at the finish.

South lost a wheel early in the race.  He was able to get the car repaired only to roll it over five times in the south turn..

This photo was taken just as Verdeen Rath of Pipestone, Minnesota began the first of his two rolls in the north turn.

This photo was taken seconds later just as Verdeen Rath was completing the second of two rollovers in the north turn. 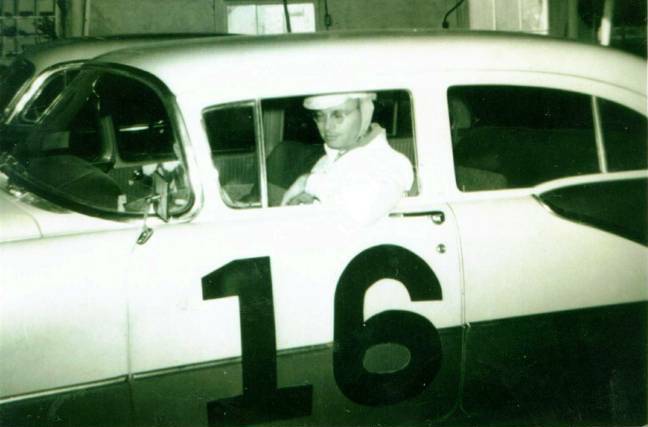 Dick Jepsen in the 1956 Oldsmobile 88 he raced this day.  Click your mouse on the photo above to see another photo of this car in the Oldsmobile dealership garage in Hoxie, Kansas.