Tin Lizzie Derby on the

Waldo H. “Jack” Hanselman of Burrton, Kansas in the Cleo Vess Bottling Company Special that he finished in second place in the 200-lap Tin Lizzie Derby

All entries must be Ford Model Ts.  Cars must remain completely stock.  The only allowed modifications are the removal of the windshield and fenders.  There are to be no professional drivers and all drivers must reside within 100 miles of Hutchinson.

The cars driven by Pennington and Tipton collided and both overturned.  Uninjured, Pennington climbed from his car and assisted Tipton from his demolished auto and stand up.  Tipton’s injuries turned out to be minor although his clothing was “badly ripped.”  Pennington’s auto was “equipped with a protective rail resembling the rounded head-end of a bed.”  Pennington’s car had landed on its side but with the help of bystanders, he was able to set it back on its wheels and finish the race.

Darland was involved in a minor crash after a wheel spindle broke.

Widup finished in fourth place but was disqualified when his car was found to have 3-to-1 ratio gears which were not stock.

Aschman only made one pit stop for water, oil, and a “minor car overhaul.” 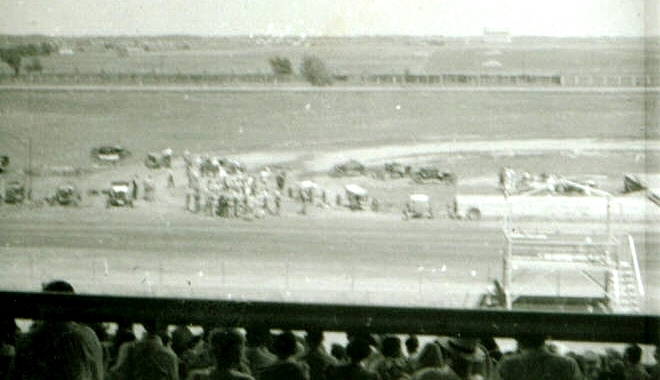 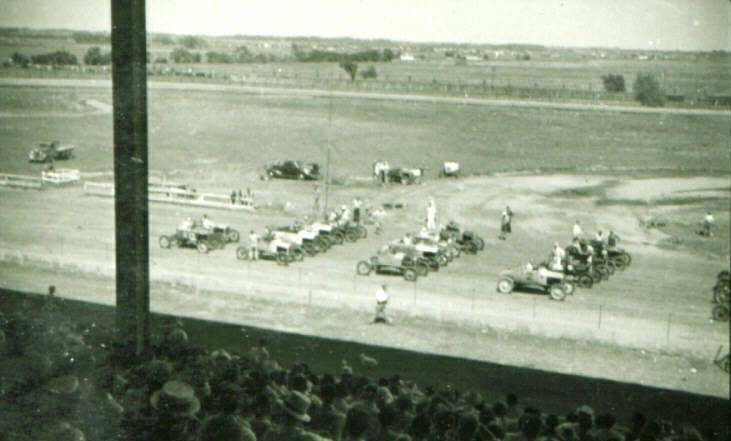 It took two photographs to capture the 18-car starting field in this Tin Lizzie Derby run at the Kansas State Fairgrounds in Hutchinson on this afternoon.  The photograph above shows all but the front row while the photograph below shows all but the back row.  The only car to be identified in this photo so far is the #2 driven by Patrick DeVine of Hutchinson that is shown started on the outside of the second row which is the first row from the right that is visible in this photo – Marjorie Meyer photo 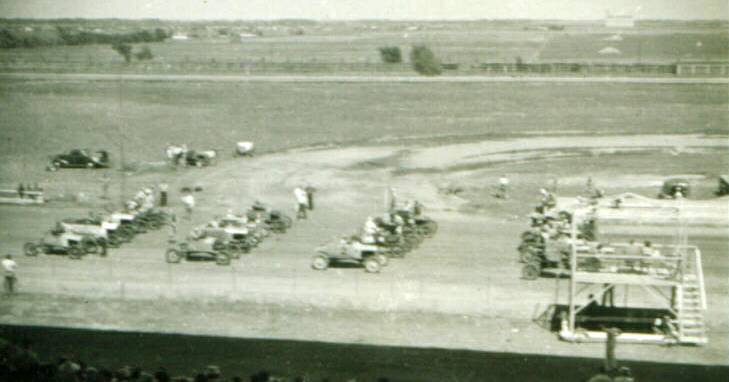 Note the new 1/5 mile midget racetrack that had just been built on the infield.  The only car to be identified in this photo so far is the #2 driven by Patrick DeVine of Hutchinson that is shown started on the outside of the second row from the right – Marjorie Meyer photo 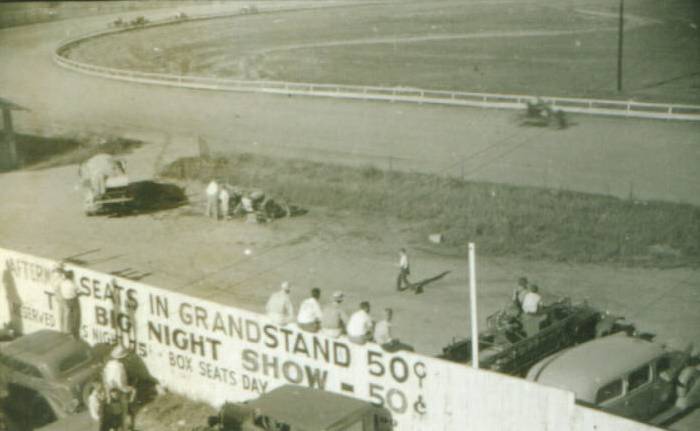