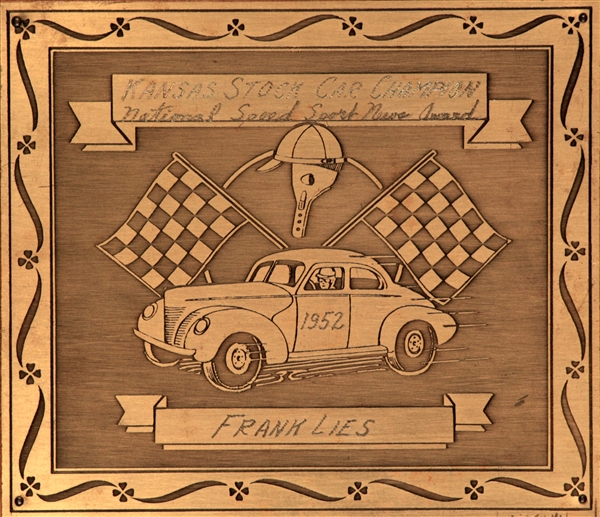 Frank Lies was named the 1952 Kansas Stock Car Champion by National Speed Sport News.  This plaque was presented to Lies by Emmett Carpenter who was a correspondent and columnist for National Speed Sport News for half a century.  Note, on the first list below, that Bill Mears was named the 1952 Kansas State Champion by other representatives of the press including the Winfield Daily Courier in Winfield, Kansas – Lies collection

* No Kansas State Champion was named.

Return to page one of the Feature Race Winners in the Automobile Races Run on the Historic Half-mile Racetrack at the Kansas State Fairgrounds.