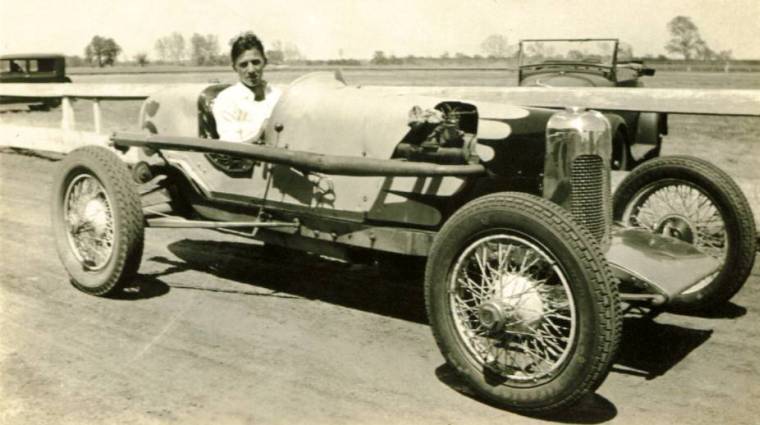 This photo of Louis “Lou” Durant was taken on July 4, 1934 at Hutchinson, Kansas, just three weeks before he raced this same car at the Cowley County Fairgrounds, Winfield, Kansas – Charles Pauley collection 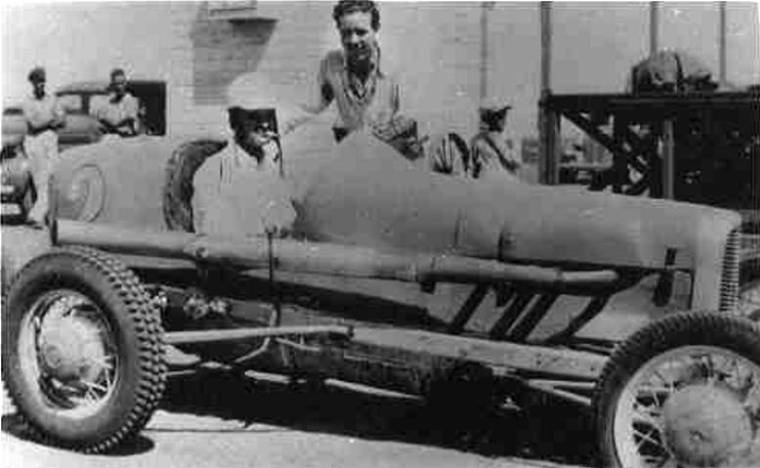 Tom Holden, of Denver, Colorado competed at Winfield, Kansas in 1928 and 1929 while Lou Durant raced there on July 28, 1934 – Don Radbruch collection

Lou Durant attended school for a time at Herington, Kansas and Charles Pauley, who later competed against Durant, told the webmaster that Lou’s name was “Durant Lewis” when Durant was a boy.  Pauley said he noticed that Durant had changed his name by the time they raced against each other in the 1930s but said he was certain that Durant was the same person he had gone to school with years before.

An article published on page 2 of the September 9, 1937 issue of the Belleville (Kansas) Telescope confirms Charles Pauley’s story.  It states that Lou Durant was actually Durant Lewis; son of a Rock Island railroad conductor named James H. Lewis (1888-1982) and that Lou latter transposed his first and last name.  The newspaper said that Durant was residing in Herington in 1937, a town where he had gone to school as a boy.

Return to page one of the History of Auto Racing at Winfield website.