On a 1/2 Mile Dirt Road Course Known as

It was reported in the Wichita Beacon newspaper that 20 cars were entered in these races for automobiles valued at $100 or less.  There were three events on the program this day - time trials and two feature races.  The following is an incomplete list of the entries: 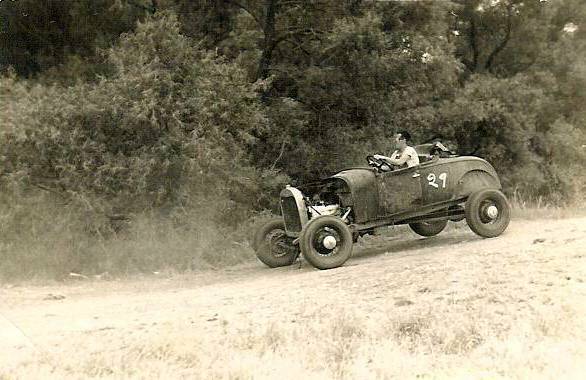 #29 Harold Forrest in his Model A Ford - Michelle Kristek collection 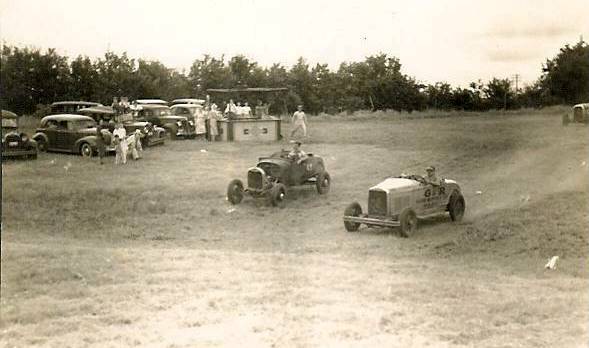 #29 Harold Forrest at left in his Model A Ford races and #2 Steven Cipelle in the G & R Garage 1929 Plymouth.  Note what appears to be a concession stand located quite close to the race course itself – Michelle Kristek collection 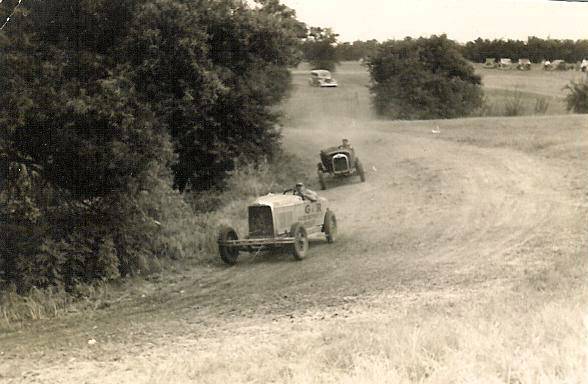 #3 Milton C. "Milt" Smith getting his Model A Ford airborne on the course - Wichita Beacon

No results of these races have been located although it is known that boy's bicycle races were also held on the road course on this afternoon as part of the program.  Those were sponsored by Oren Hamilton and his Hamilton Bicycle Shop in Wichita.

2 Steven "Dutch" Cipelle (c1906-1939) worked as a mechanic at the G & R Auto Supply Co.  He was fatally injured in an auto race at Colby, Kansas and is buried in an unmarked grave in Wichita Park Cemetery in Wichita, Kansas.

3 One month after this race at Wichita, Milton C. "Milt" Smith (1910-1985) was seriously injured during a race at Newton, Kansas and retired from driving race cars.  He is buried in the Clearwater Cemetery at Clearwater, Kansas.

4 Irwin Langhover (1920-1975) drove the car this day while his brother, Solomon "Solly" Langhover (1922-1995), rode along to hold the transmission in gear.  Both men are buried in White Chapel Memorial Gardens in Wichita, Kansas

5 While Langhover claimed on his entry form that the engine in this car was a Ford V-8, the engine was actually a much larger Lincoln V-12.  The Langhover brothers are also said to have run moonshine in this hot rod.

10 Harold Ellsworth Forrest (1913-1977) is buried in Resthaven Gardens of Memory in Wichita, Kansas.

11 William Everett Hardiman (1919-1976) worked as a painter for the Stearman Aircraft Company in Wichita.  He is buried in Greenlawn Memorial Park at Bakersfield, California.