The first three photos on this web page were taken of Charlie Lutkie at Cejay Stadium in Wichita, Kansas in 1949.  Lutkie had purchased this track hot rod from Cotton Musick who had built it.  Later, Lutkie fitted the flathead engine with Ardun heads – Jim Edwards photo 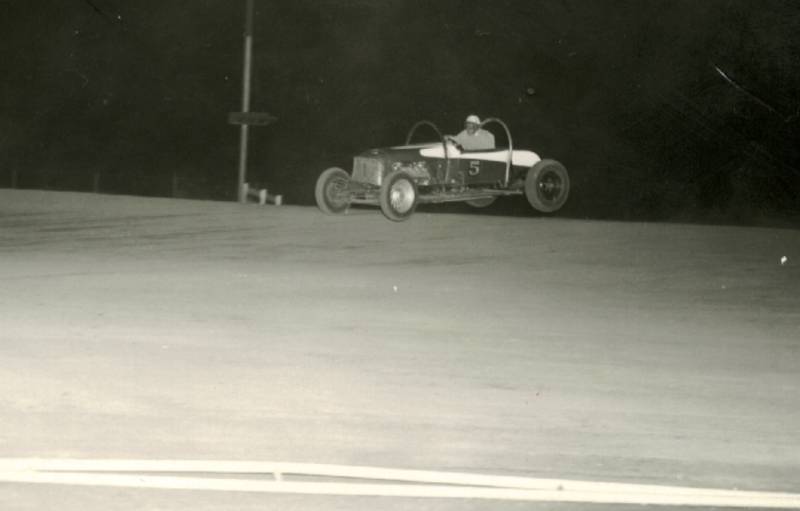 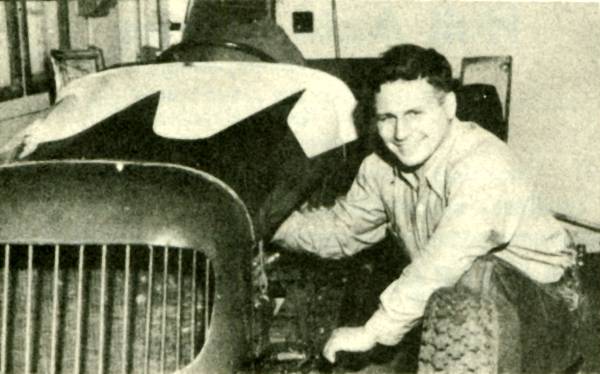 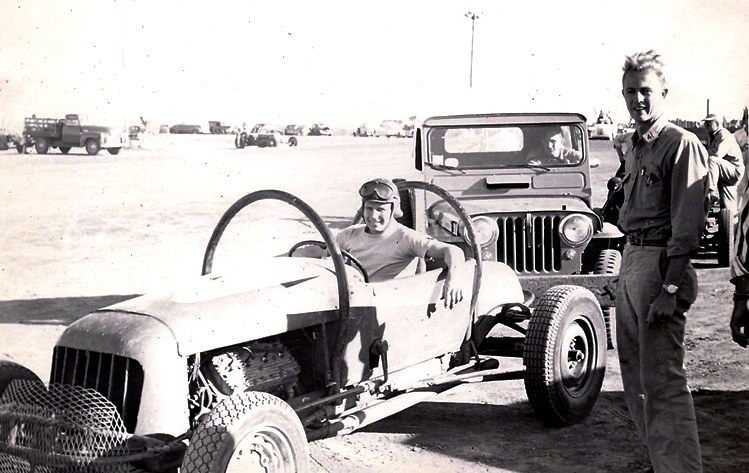 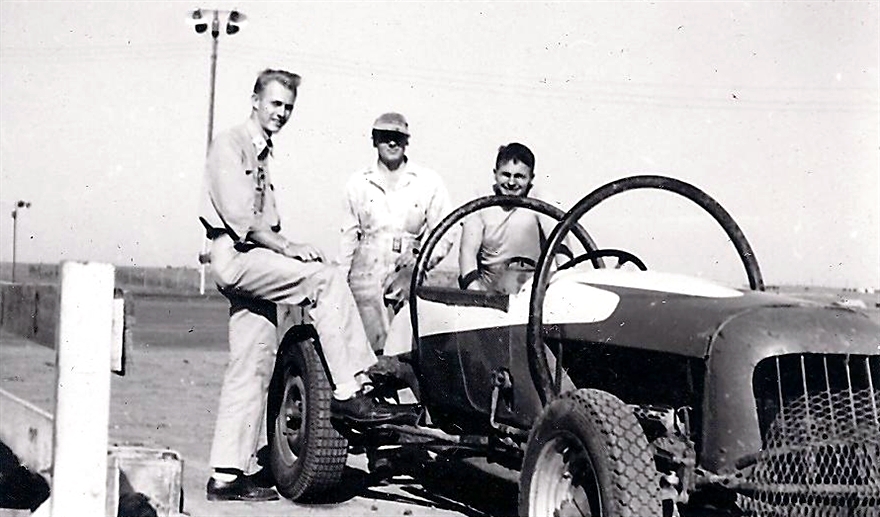 Frank Manley at left and Charlie Lutkie at right at Cejay Stadium in Wichita, Kansas in 1949.  The man in the center is unidentified - Lies collection

This photo was taken on April 23, 1950 at Scott City, Kansas.  Left to right are Frank Manley, Charlie Lutkie, and Bob Schuelke.  Note that the car was equipped with the Ardun heads by this time - Lies collection 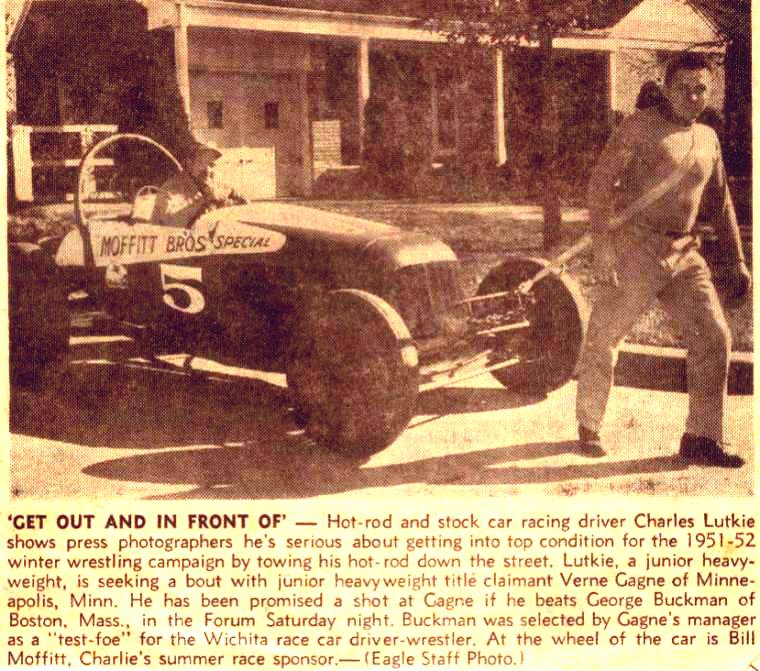 Publicity piece that appeared in the Wichita Eagle newspaper in 1951