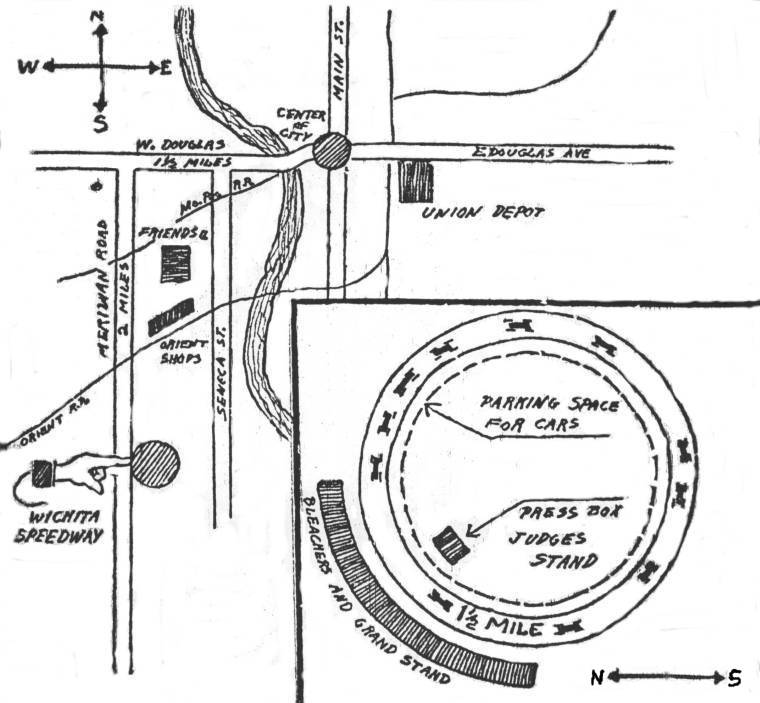 Speedway Park was designed as a circle racetrack by Wichita architect Fred O. McCune, laid out by Sedgwick County surveyor Ransom Brown, and built on a quarter section of land then southwest of Wichita, Kansas by automobile racing promoter Tim Hurst in partnership with Walter Innes, a prominent Wichita businessman.  The ground was leased from J. W. Brock, a local farmer.

The dirt racetrack was 50 feet wide with two feet of banking.  There was only 28 inches of gradient change from the highest point on the north side of the circle, to the lowest point on the south side.  The infield was ½ mile across.  The grandstand was designed to seat 5,000 spectators plus accommodate another 600 fans in box seating.

The first, and apparently only, automobile racing program was scheduled as a two-day event on Wednesday and Thursday afternoons, October 12-13, 1915 but heavy rain caused the program to be combined into a one day show run on Friday afternoon, October 14, 1915.

Hurst had posted a $5,500 purse, promoted the race heavily, and even retained Barney Oldfield to make an exhibition appearance.  Lee Gunning won the feature event in a Stutz “Scat” at an average speed of 46 m.p.h.

It is unknown what became of Speedway Park.  Tim Hurst promoted an I.M.C.A. sanctioned automobile race at another venue (Wichita’s half-mile West Side Race Track) on July 4, 1916 after which he announced plans to build a new $100,000 speedway north of Wichita.  Hurst had obtained the ground and moved the grandstands from Speedway Park to the site of his proposed new racetrack in May of 1916 but apparently the rest of his plans fell through as that facility never opened.

A new and differently shaped 1½ mile Meridian Speedway was built by another group of investors on the old Speedway Park site on South Meridian Road in the summer of 1921. 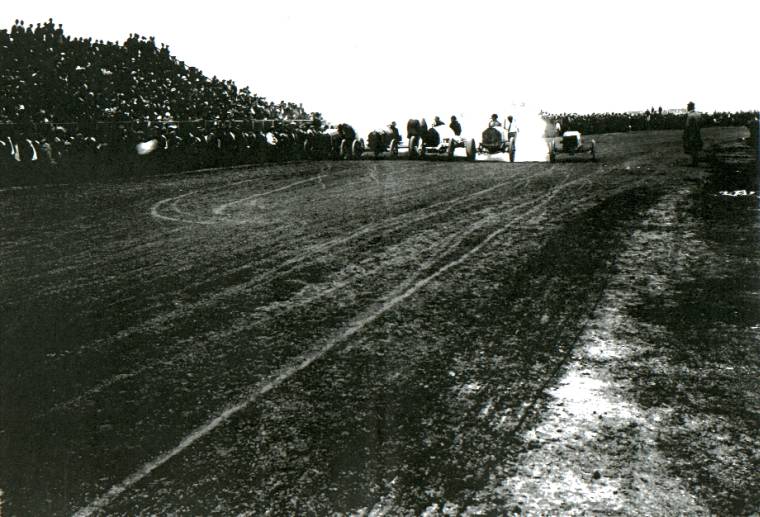 To Find Links to Some Other Interesting Web Sites