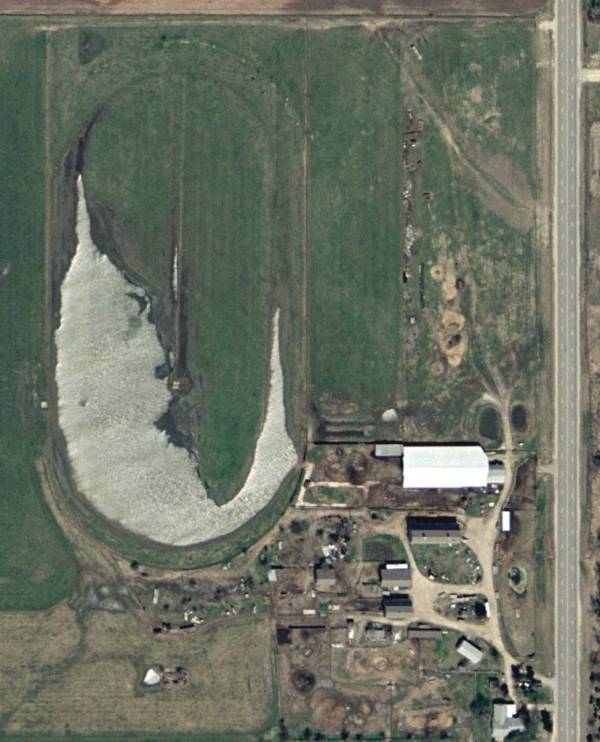 The half-mile Bo Stearns’ Track can clearly be seen at left in this aerial photograph taken early in the year 2000.  The gray in the infield of the racetrack is ice.  The highway at right was know as Lawrence Highway when this racetrack was in operation but is now U. S. Highway 81.

A square white object can been seen on the west straightaway just north of the southwest turn of the racetrack in this photograph and there appears to be a hole in the ice just to the right (east) of that white object.  The concrete base of the old judges’ stand is located where that hole in the ice is but it is not visible in this photo due to its still being covered with ice.

To see eight photographs of the Bo Stearns’ Track taken at ground level on November 19, 2002.