Robert Ephriam “Bob” Sledge was born Eagle Lake, Texas which is 67 miles due west of Houston.  He raced mostly in the Dallas, Texas area in the early 1930s although he apparently did venture far enough north to race at the Bo Stearns racetrack north of Wichita, Kansas on August 13, 1933 and at the Kansas State Fair in Hutchinson on September 20, 1935.  By the late 1930s, he was racing in outlaw shows and with I.M.C.A. throughout the Midwest.

On the afternoon of April 3, 1933, Sledge was driving a car owned by Carl Mayfield of Oklahoma City at the Love Field Speedway in Dallas, Texas when his car struck Jim Ogden, a part-time driver himself and owner of the car that Pete Lambert was driving that day.  Ogden had been standing near the racetrack and Sledge did not see him due to a thick cloud of dust raised by the race leaders.  The accident happened on the fourth lap of a 16-lap race.  Emergency personnel carried Ogden away from the racetrack and into the infield where they laid him on the ground.  For some unexplained reason, race officials decided to continue the race to its conclusion without stopping the race for the accident and while Ogden lay there in full view of the spectators.  A waiting ambulance and doctor treated Ogden for two broken legs before he was removed to a hospital after the race concluded.

Sledge served as a Staff Sargent in the 331st Bomb Squadron of the U. S. Army during World War II and was working as a truck driver for Aut Swanson’s Auto Thrillcade when he passed away due to heart failure in Houston in 1955.

Bob Sledge in the Campbell D. O. HAL in the early 1940s.  That is car owner Virgil Thomas “Peaches” Campbell standing beside the car. 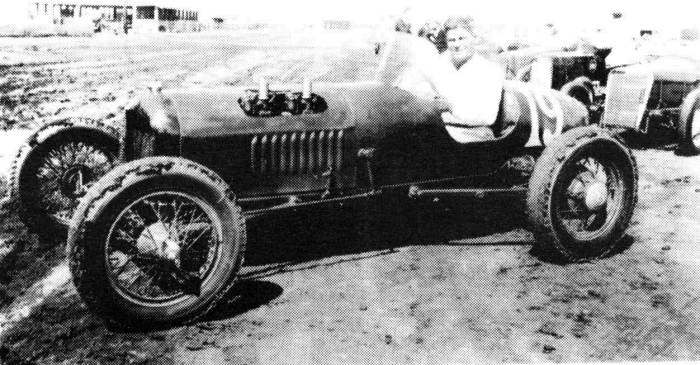 Bob Sledge at Hutchinson, Kansas in 1937 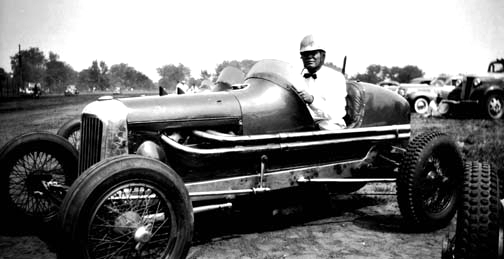 Bob Sledge in an unknown Hisso in the late 1930s