The jalopy in front in this photo taken at JayCee Speedway is the #2 that was owned and driven by Glenn Morrison of Great Bend, Kansas.  The jalopy following Morrison has yet to be identified.  The race starter / flagman on the infield is Ben Hughes - Stan Morrison collection 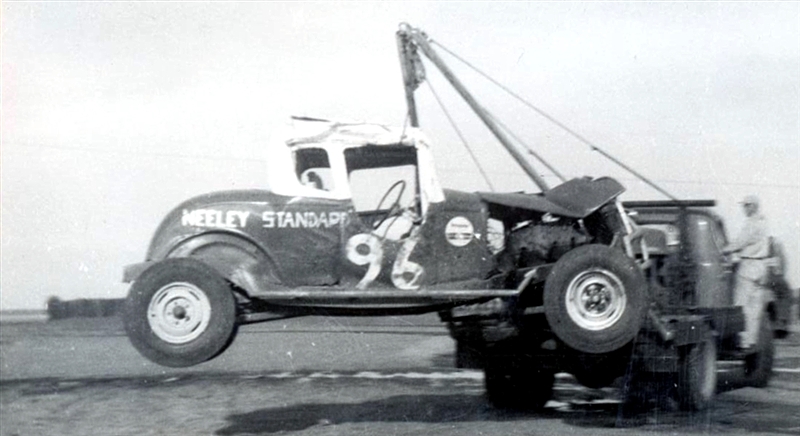 Above and below are two views of Elmer "Shorty" Adams of Dodge City, Kansas using his wrecker to load Jimmy Selfridge's jalopy onto its trailer after Roberta Johnson of Larned had rolled it several times during the Powder Puff race run on this afternoon at JayCee Speedway.  When Johnson crawled out of the crumpled machine, she is reported to have exclaimed, "Boy, that's fun!"  Selfridge was not quite as thrilled about the situation - Cokeley collection