This photograph was taken in front of the Superior Garage in Winfield, Kansas in July of 1928.  Click your mouse on the photo above to see another photograph of just the Nelson Special that was taken that same afternoon.

Louis “Lou” Scheibell of Kansas City, Missouri owned both of these cars, each of which was powered by a 358.44 cu. in., 4-cylinder (half of a 719.88 cu. in. V-8 Hispano-Suiza aircraft engine) commonly known as a Hisso.  The engine only turned a maximum of 2,750 r.m.p. but was relatively light and put out a tremendous amount of horsepower.  Although Hispano-Suiza was a French company, many of their aircraft engines were built in the United States by Wright-Martin.  The car at left, above, had dual ignition and it is possible that both cars were so equipped.

On September 6, 1926, the 38-year-old Scheibell was driving the car at left, above, in the feature race at Frontier Park, Cedar Rapids, Iowa when he swerved to miss another competitor, struck a pole, and suffered fatal injuries.

Marvin Wesley “Mack” McAnally, Sr. (1902-1989) was residing at Winfield, Kansas and working for Wendell A. Sparling at the Superior Garage when he learned the remaining Scheibell racing car was also for sale.  McAnally persuaded Sparling to purchase the car for McAnally to race and they contacted August Brunke to arrange delivery of the car to Winfield in time to have it ready for the races to be run at the Cowley County Fairgrounds on July 28, 1928.  It is unclear if Sparling purchased the car directly from the Scheibell estate, or if Brunke acted as a broker in the transaction.

When Brunke delivered the car to the Superior Garage, he also brought along his Nelson Special and an employee, Abe Scruggs (1900-1962) to drive it.  Scruggs worked for Brunke’s A. Brunke & Sons Wrecking Co. at Excelsior Springs, Missouri.

The photograph above shows both cars in front of the Superior Garage not long before the July 28, 1928 race at Winfield.  The Superior Special had been repaired from the crash at Cedar Rapids and painted in primer to cover the name Scheibell Special on the hood and the number “150” which was on the tail.  Between when this photo was taken and the race at Winfield, the car was painted white with its new name Superior Special lettered on the hood and its new car number “1434” (later changed to just “43”) painted on the tail.  1434 was used as the car number while Wendell Sparling owned the car, as that was the telephone number for the Superior Garage.

On Saturday afternoon, July 28, 1928, Abe Scruggs fared poorly in the Nelson Special, suffering scratches and burses when he was involved in a wreck in the second heat.  Next, he finished fourth of six cars that started in the third heat.  Not qualified for the “Grand Final”, Scruggs entered the consolation race but finished last in the six-car field.  Suffering from engine trouble, Scruggs completed only seven of the scheduled eight laps in the consolation race.

McAnally had a much better day as he drove the Superior Special to a tie for fourth quickest of the 14 entries in time trials, then won both the first and second heat races in record time on his way to finishing second in the 12-lap “Grand Final”.  McAnally, however, felt the car was too fast and declined to race it anymore.

Although Wendell Arthur Sparling (1896-1954) had gotten into auto racing as a business decision, not necessarily because he wanted to be a race car driver, he also did not want to waste the investment he had made in the car, so he decided to drive it himself on the next scheduled race date which was on October 9, 1928 during the Cowley County Fair.  A fourth-place finish in the first heat race earned him a starting spot in the 15-lap final where he was involved in a four-car crash that eliminated him from competition for the rest of that day.

Sparling repaired the car and returned to the Cowley County Fairgrounds four days later to race again.  This time, he set a new track record in time trials of 32.4 seconds for one lap around the half-mile dirt oval.  Next, he won the first heat race by a large margin setting another new track record in the process.   For reasons yet unclear, Sparling did not start the feature race that day and, in fact, never raced again.  Some say other participants were not happy having been beaten so badly by a rookie driver and cautioned Sparling not to do so again.  Others feel that Sparling’s wife was not very fond of his racing.  Whatever the reason, by 1931, Sparling had disposed of the race car, sold the Superior Garage to Edward M. "Ed" Cooper (1896-1966) and moved his family to the then oil boomtown of Gladewater, Texas.  A few years later, they moved on to Stanislaus County, California where Sparling worked as a mechanic and operated a 500-acre dairy.  Wendell Sparling passed away at Ceres, California and is buried in the Pomona Cemetery at Pomona, California.

Some say that Ed Cooper purchased the Superior Special along with the Superior Garage.  Whatever the case, the Superior Special was in the possession of Tom Murie of Kansas City, Missouri by 1932.  Murie raced the car several times before selling it to Rea Bray of Hutchinson, Kansas later in the 1930s.  Bray was fatally injured during a 500-mile race at Oakland Speedway, Oakland, California in 1941 while driving another Hispano-Suiza powered car he had purchased from Vic Felt (1901-1989) of Denver, Colorado.

Mack McAnally joined the U. S. Army in 1921 and rose to the rank of private first class before he was discharged.  He began making his living as an auto mechanic in garages in Kansas, Oklahoma and Texas in the early 1920s.  In the late 1920s, he was participating in, and sometimes promoting, auto races while working for Wendell Sparling in Winfield, Kansas.  Sparling closed his Superior Garage there around 1931 and moved to Gladewater, Texas.  Mack McAnally and his family moved first to Arkansas City, Kansas where he tried his hand at promoting auto races full time in Kansas, Oklahoma and Texas under the business name “McAnally Auto Races” but he and his family soon followed Sparling to Gladewater, Texas.  It has not been determined if Sparling opened another garage in Gladewater, or if McAnally worked for him at all there, but McAnally started a mud company at Gladewater in the early 1930s and went into the business of drilling oil wells.

Mack and Celia separated in 1935 and he was married third to Bonnie, whose maiden name is unknown.  Mack and Bonnie had one son named George.  Mack moved to Denver, Colorado where he again went to work on cars as a garage mechanic.  To supliment his income, McAnally would make trips to Mexico in a pickup truck and bring back leather goods to sell.  Mack was married fourth to Audrey Petit and, while still residing in Denver, McAnally married his fifth wife, Zola C. (1902-1985), whose maiden name is unknown.  No children were born to either of his last two marriages.

Mack passed away on February 9, 1989 at Aurora, Colorado and is buried in the Fort Logan National Cemetery in Aurora.

Mack McAnally with an unidentified woman 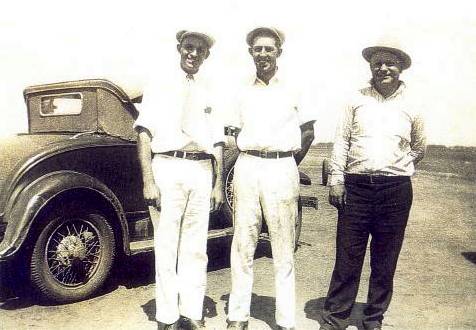 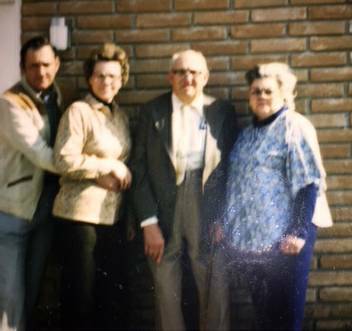 Mack McAnally in 1980 with Three of his Five Children 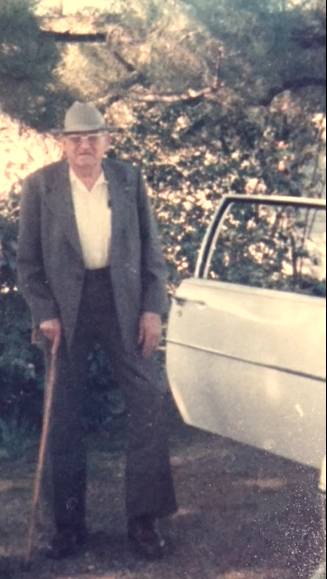 Anyone with further information about Wendell A. Sparling; Marvin “Mack” McAnally, Sr.; or the Superior Special is asked to contact Bob Lawrence at sprintguy @ cox.net