Meridian Speedway was built on the site of the old Speedway Park racetrack just southwest of Wichita, Kansas in the late summer of 1921.  The land was described as being a quarter section owned by C. B. Garnet and leased for 25-years to the partnership of Harold R. Peterson and William H. Lassen.   The track might best be described as having been a 1½ mile squared circle dirt racetrack.  Its covered grandstand was designed to seat 2,500 racing fans.  The first event held at this facility was the Kansas Wheat Exposition; a two-week long agricultural trade show that promoters predicted would attract a half-million people to Wichita in the fall of 1921.  Horse races were run on the racetrack the first week of the exposition with motorcycle races and automobile races the featured attractions during the second week.

Apparently, the speedway was not a financial success.  It was dismantled in December of 1923.

Today, the former fairgrounds site is a middle class residential neighborhood located well within the city limits of Wichita.

The motorcycle races known to have been contested at Meridian Speedway were:

The automobile races known to have been contested at Meridian Speedway were: 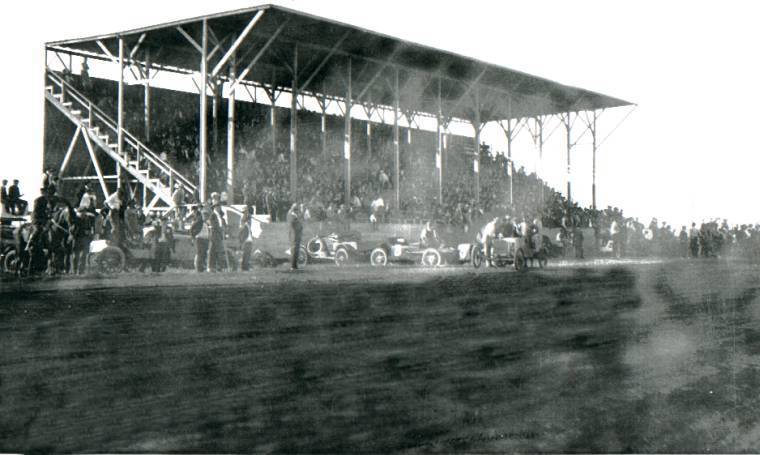 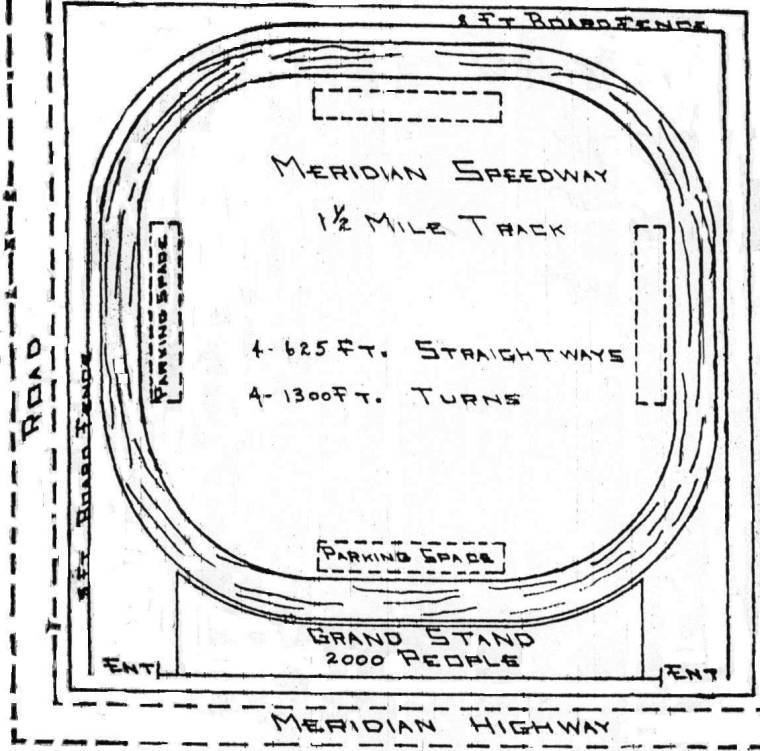 This drawing of the Meridian Speedway layout was published on page 10 of the September 18, 1921 issue of the Wichita Eagle newspaper.  North would be to the left side of this drawing.  Click your mouse on the drawing above to see an aerial photograph of Meridian Speedway published on page 2 of the June 25, 1922 issue of the Wichita Beacon newspaper.  That photograph was taken looking to the northeast.  Meridian is the street visible to the lower left of the racetrack while 23rd St. (later named Pawnee) can be seen at the lower right in that photo.